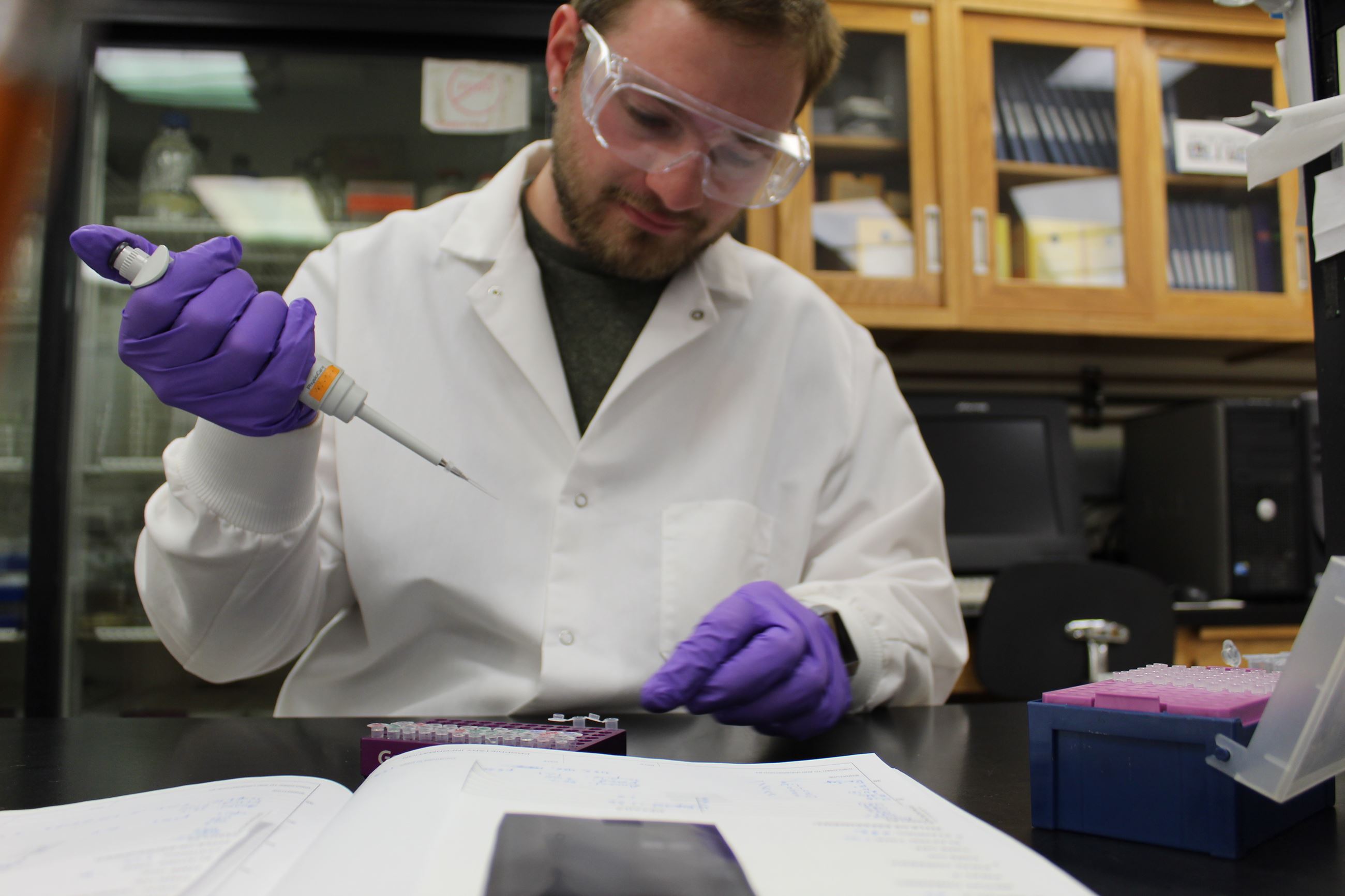 Joel is originally from Lenexa, KS. Joel became interested in genetics by learning about how a single base pair change in a cell can be the source of havoc throughout the organism and be potentially lethal to that organism. Learning about rare genetic disorders and how they affect the body really inspired Joel to become a geneticist. Joel went to William Jewell College in Liberty, MO and earned a Molecular Biology degree from the Oxbridge Honors Program. Joel interned at the Kansas City Police Department in their Forensics department and at Stower’s Institute for Medical Research in the Molecular Biology Department while in undergrad. Joel joined Kansas State University in the Fall of 2016 as part of the Genetics Fellowship Program. At Kansas State, Joel is involved with the Plant Pathology Graduate Student Club as its President and is a member of both oSTEM (out in Science, Technology, Engineering, and Math) and the Kansas Science Communication Initiative. During his free time, Joel enjoys taking long walks with his dog, Chance the Pupper, binging Netflix series, and enjoying time with friends and family from town and Kansas City. 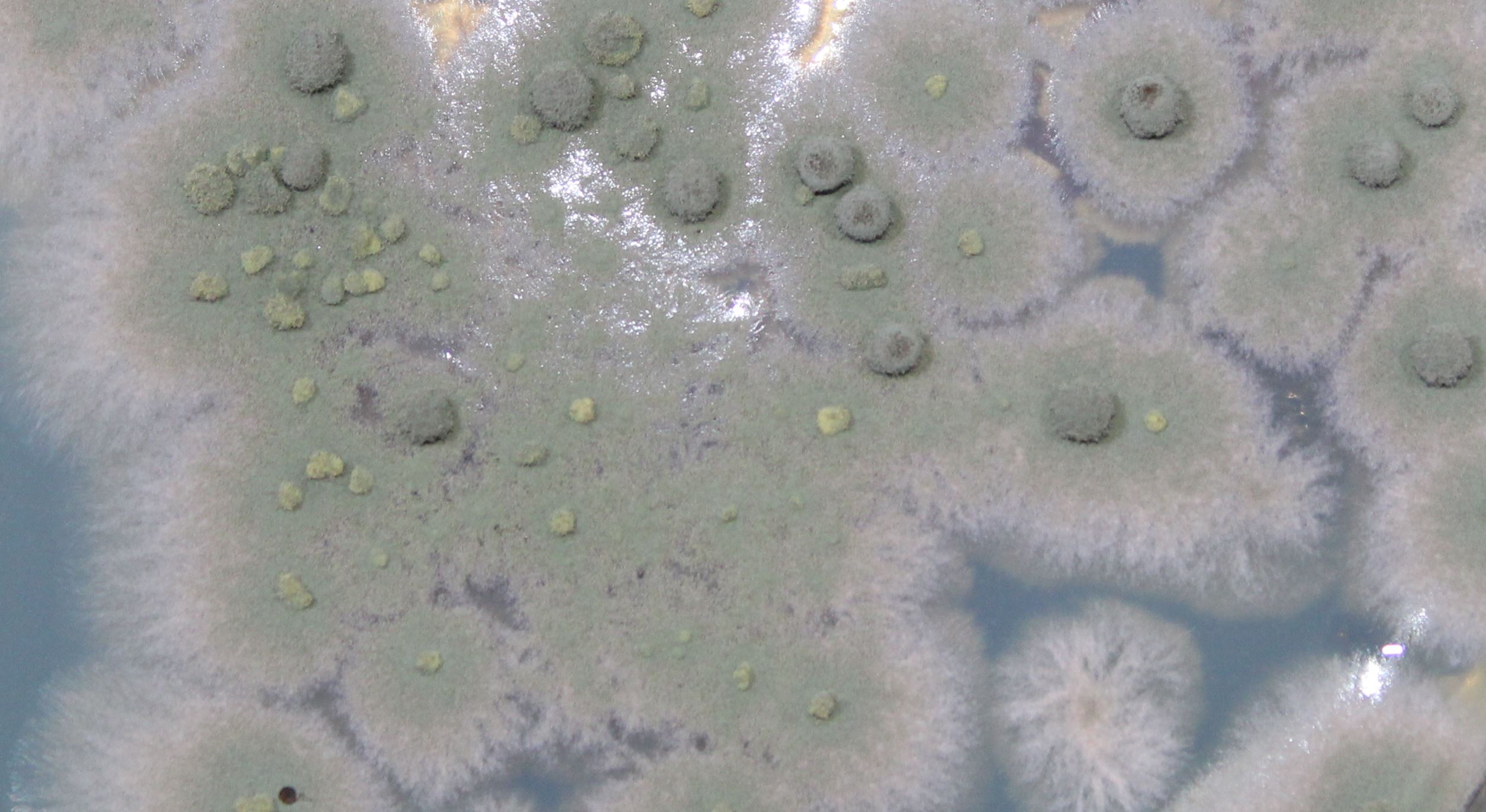 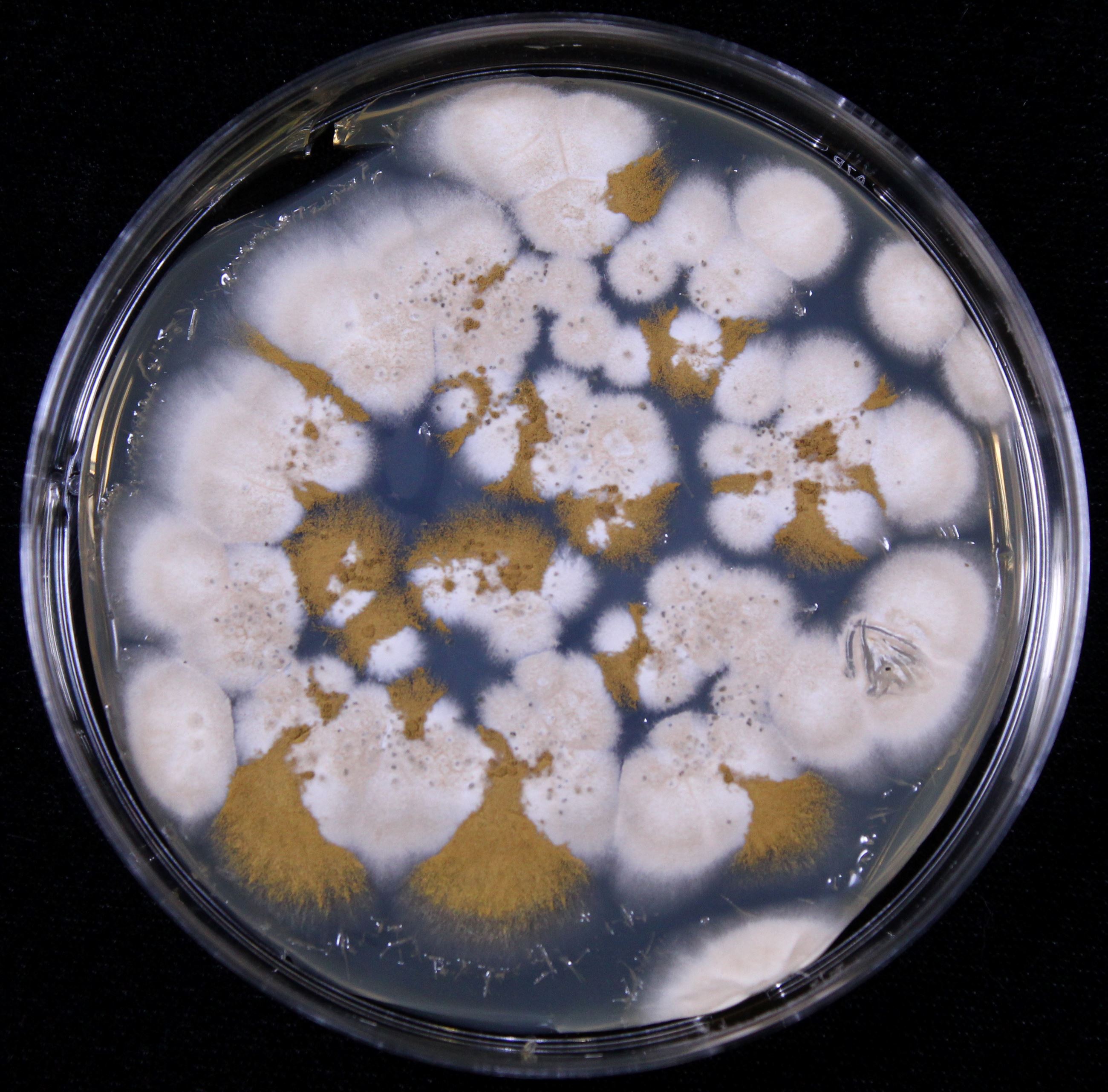 The branched chain amino acids (BCAAs) leucine, isoleucine, and valine are characterized as essential amino acids because they are unable to be synthesized by mammals. Many fungal species, including Aspergillus, Candida, Saccharomyces, Magnaporthe, and Fusarium are capable of de novo synthesis of BCAAs. Proper regulation of BCAAs metabolism is important for protein and secondary metabolite biosynthesis, growth, and also virulence for human and plant pathogens. Some Aspergilli are used industrially to produce metabolites while Aspergillus fumigatus and Magnaporthe require BCAA synthesis for effective virulence in their hosts. Since mammalian hosts do not make their own BCAAs, these enzymes and pathways are potential targets for anti-fungal treatments.

I use molecular biology techniques such as gene cloning, gene amplification, and DNA and RNA sequencing along with bioinformatic techniques comparing these sequences to others. I also use visual analysis to characterize different mutant strains for nutrient biosynthesis defects.

Connect with Joel by requesting an in-person visit to a classroom or a group or drop him an email.  Let Sunset Zoo's Behind the Science staff help connect you with Joel by emailing behindthescience@cityofmhk.com.